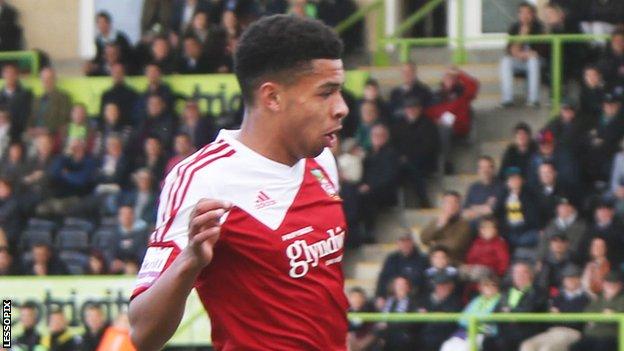 Jones originally joined on a six-month deal in June 2013 following a trial at the Racecourse.

The 20-year-old signed a further short term deal until the end of the season in January before spending a brief spell on loan at Colwyn Bay.

He returned to Wrexham and played in the club's final four games of the season.

"I am delighted to sign the contract and am looking forward to the start of the season and getting settled now," Tomassen told the Evening Leader.