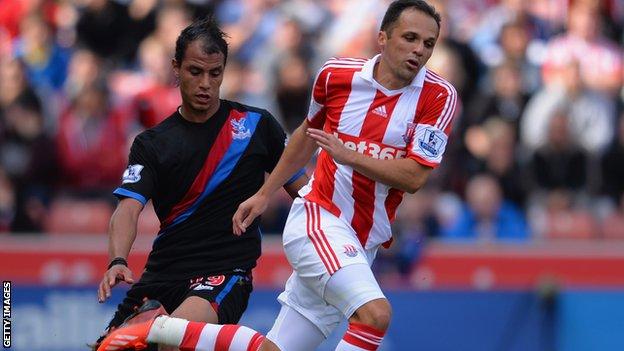 Etherington, 32, joined from West Ham in January 2009 and played 177 times for the club winning the Player of the Year award in his first full season.

However, he made only five starts this season

Etherington told the Mirror: "I have not played a lot lately. It has been a great time so I am really sad."

"But there are no hard feelings," he added. "I think they are looking to go a different way."

Former Danish international Sorensen, 37, who has played 99 times for Stoke, has been awarded a one-year contract.

He said on Twitter: "Really happy to have agreed a new one year deal with Stoke City. Great club, great fans and exciting times ahead."