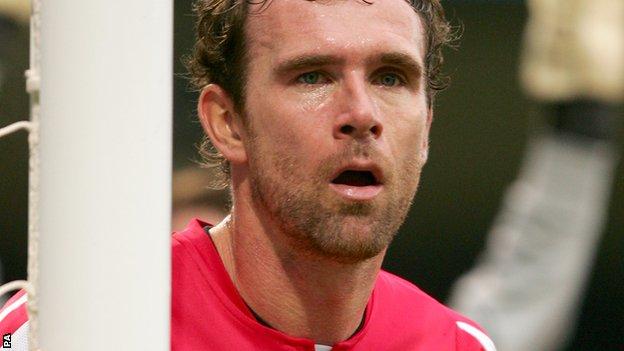 Jenkins, who will be assisted by Gavin Williams and Steve Williams, succeeds Garry Shephard and Danny Carter.

The joint-managers stepped down after the club missed out on promotion to the Southern League Premier Division.

"We as a club are delighted with these appointments," the club said in a statement.

Merthyr Tydfil-born Jenkins won 16 caps for Wales during a playing career in which he also had spells with Cardiff City, Notts County and Swindon Town.

During spells with Newport County and Llanelli he combined playing with coaching duties and has more recently managed Welsh League Division One side Monmouth Town.