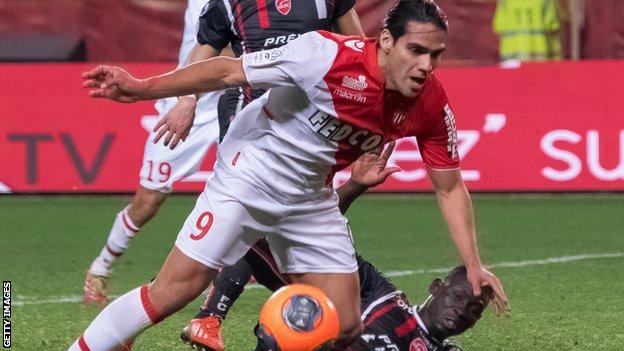 Colombia will wait until the last minute to decide whether to pick recuperating striker Radamel Falcao in their final World Cup squad.

Falcao, 28, is recovering from surgery after damaging knee ligaments while playing for Monaco in a French Cup tie in January.

He is still in Monaco while the national squad are in Argentina.

In preparation for Colombia's first finals appearance since 1998 they play Senegal on 31 May and Jordan on 6 June.

Former Atletico Madrid forward Falcao has previously said it would be "fantastic" if he can play in Brazil, but also added "I won't be 100% even if I make the World Cup".