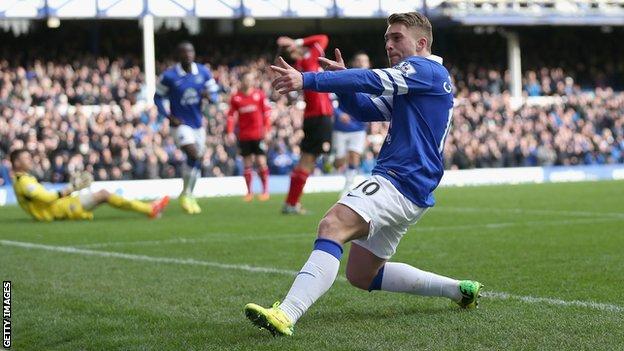 Barcelona midfielder Gerard Deulofeu, who spent the 2013-14 season on loan at Everton, has been called up by Spain for a pre-World Cup friendly.

Spain manager Vicente del Bosque will wait until 2 June before naming his 23-man squad for the World Cup.

Del Bosque has already named his provisional 30-man squad and had been expected to trim it down this weekend.

But he appears to have changed his mind.

"Until 2 June we do not need to give the final list to Fifa so why do it ahead of time?" he said at a news conference on Sunday.

The squad to face Bolivia does not include any Real Madrid or Atletico Madrid players after Saturday's Champions League final.

His decision means Atletico striker Diego Costa, who lasted nine minutes as they lost 4-1 to Real in Lisbon, will have more time to get fit for the tournament.

Deulofeu's call up gives him the chance to position himself at the head of the queue in case of any unexpected pull-outs ahead of the World Cup.

"We trust him and if someone were to pull out tomorrow he would be top of the list," Del Bosque said.