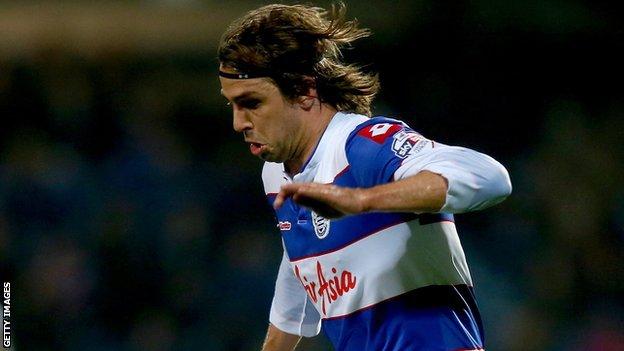 Croatia midfielder Niko Kranjcar will miss the World Cup in Brazil after picking up a leg injury.

The 29-year-old Queens Park Rangers player was substituted in their Championship play-off win over Derby at Wembley on Saturday.

He has won 81 international caps over his career.

"Croatian midfielder Niko Kranjcar will miss the World Cup due to hamstring injury," said the Croatian Football Federation on Twitter.

He is the third player to be ruled out of the finals in the past week after FC Dnipro defender Ivan Strinic and Hamburger SV midfielder Ivo Ilicevic were also forced to withdraw from Niko Kovac's squad.

A Croatian football federation spokesman said that the injury would sideline Kranjcar for two to four weeks.

"I'm extremely sorry for Niko - he is one of the most experienced players in our squad and he deserved to be part of it in Brazil," said Kovac.

"I needed Niko with his experience and good shape but we have to go on.".

Croatia start their World Cup campaign on 12 June against hosts Brazil in the opening match of the tournament in Sao Paulo before taking on Mexico and Cameroon in Group A.