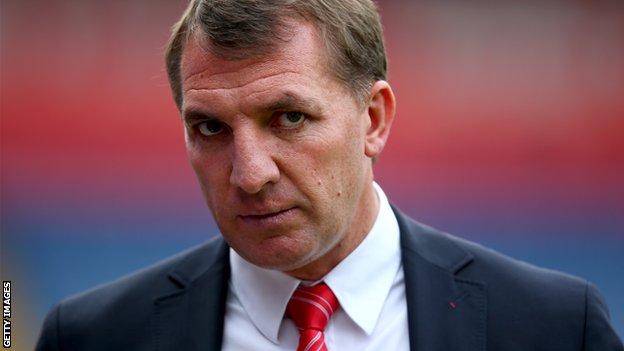 Rodgers, appointed Kenny Dalglish's successor in 2012, has led the Reds back into the Champions League following a four-year absence.

This season they have finished second, with 23 points more, winning 26 matches, losing six and scoring 101 goals.

"I am both humbled and privileged to be offered the chance to extend my stay at this great club," said the 41-year-old Northern Irishman.

The 18-time English champions had been strong contenders to win their first top-flight title since 1990, before a 2-0 home defeat against Chelsea allowed City to take control.

Liverpool had been five points clear at the summit when they hosted Jose Mourinho's side on 27 April, but the loss disrupted their momentum and City went on to win all their remaining games to finish top.

Despite their failure to clinch the title, former Swansea boss Rodgers was named the League Managers' Association manager of the year.

"I am very happy to build on the foundations we have built over the last two years," said Rodgers, who has also managed Watford and Reading.

"Now we move onto the next phase which I believe will be as exciting, challenging and rewarding."

Reds' principal owner John Henry and chairman Tom Werner, in a joint statement, said the Anfield club were "very fortunate" to have Rodgers at the helm.

"We place our trust in Brendan to deliver the vision we share for Liverpool Football Club," said the American businessmen.

"Brendan is at the heart of what we, as an ownership group, are trying to achieve on the pitch.

"This season has reaffirmed everyone's belief that we can bring football success to Liverpool and we are all committed to working together to achieve that.

"Players and supporters have made it clear how important Brendan is to our success and so to have him commit to us for the long term is a great boost for everyone."

Henry completed his £300m takeover of Liverpool from fellow American Tom Hicks and US hedge fund Mill Financial in October 2010.