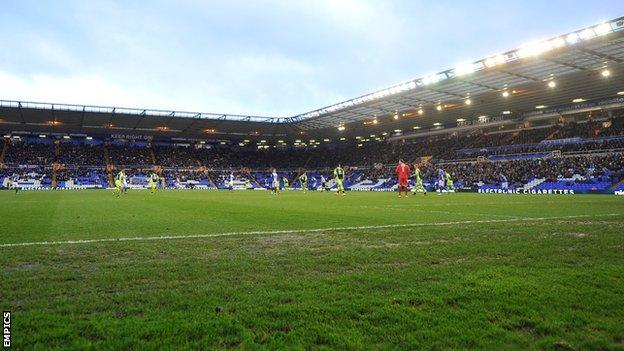 Birmingham City's holding company says it is only willing to offer a 24% stake in the club amid takeover talks.

The club received an offer to take over all or part of the club on 21 May from an unnamed third party.

The board of the club's holding company, Birmingham International Holdings Limited, discussed the offer at a meeting on Friday.

Trading in the shares of BIHL was temporarily suspended on the Hong Kong Stock Exchange to confirm the interest.

An official statement stressed no formal agreement had been reached.

"The company will make additional statements as and when appropriate," a statement said.

"Shareholders of the company and potential investors are advised to exercise caution when making any decision related to dealing in the shares of the company."

At this point there is no further clarification on who has made the bid, or whether is likely to find favour with BIHL.

In recent weeks there has been rumoured interest from two UK-based consortia as well as further potential bidders from China, Australia and Qatar.

The cash-strapped Championship club has been open to offers since owner Carson Yeung was jailed for six years in March for money-laundering.

Currently manager Lee Clark, after steering Blues to safety on the season's final day, is unable to properly budget for the rebuilding of his squad for the 2014-15 campaign.