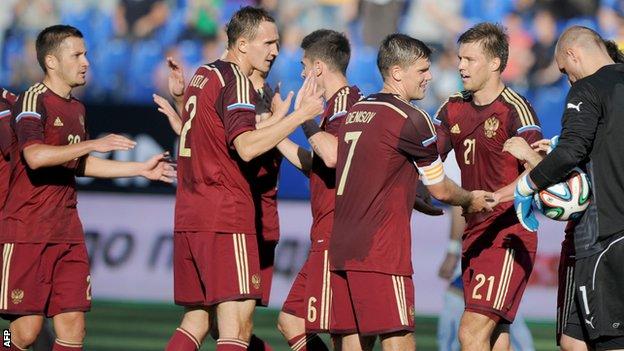 Russia's World Cup preparations got off to a winning start with a 1-0 win over Slovakia in a friendly on Monday.

How Russia qualified for Brazil

Despite back-to-back defeats by Portugal and Northern Ireland, Russia edged the former to win their qualifying group by a point. They conceded just five times in 10 games.

Capello's team face friendlies against Norway on 31 May and Morocco on 5 June before heading for Brazil.

Russia are playing in the World Cup for the first time in 12 years.

They have been drawn in the same group as South Korea, Belgium and Algeria.