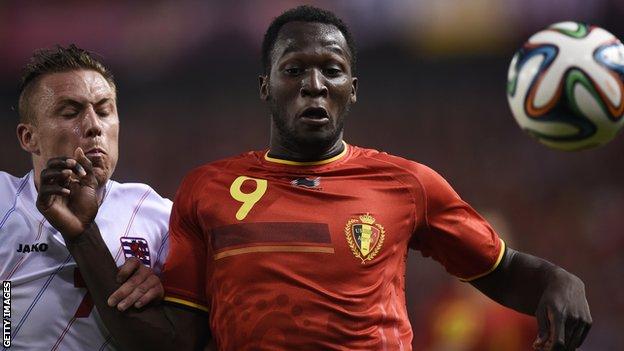 Chelsea striker Romelu Lukaku scored a hat-trick as Belgium warmed up for the World Cup with a 5-1 win against neighbours Luxembourg in Genk.

Manchester United youngster Adnan Januzaj made his international debut as a substitute in Monday's victory.

Belgium have been drawn alongside Algeria, Russia and South Korea in Group H at next month's World Cup.

They have not played at a major tournament since reaching the last 16 at the 2002 World Cup, but are considered one of the dark horses in Brazil after an impressive qualifying campaign.

Belgium won eight and drew two of their 10 qualifying fixtures, in a group which contained Wales and Scotland.

Januzaj, born in the Belgian capital Brussels to Kosovan-Albanian parents, opted to represent his country of birth in April. He could have played for Kosovo, Albania, Turkey, Serbia or, potentially in the future, England.

The 19-year-old is one of 12 Premier League players in Marc Wilmots's provisional 24-man squad.