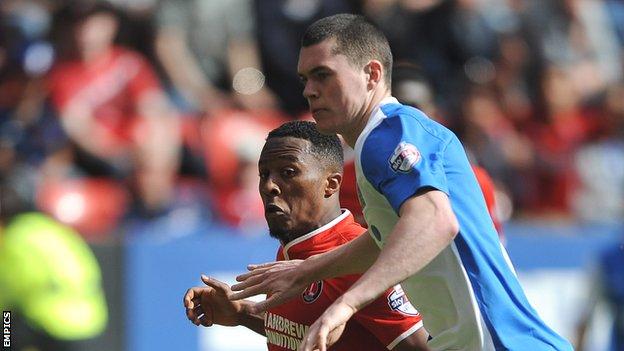 The England Under-21 international, 21, spent the final two months of the 2013-14 campaign at Ewood Park, making 13 appearances and scoring three goals.

"The lad is Premier League for me - he's got that quality," Bowyer told BBC Radio Lancashire.

"He's a Manchester United player and they've got a new manager."

The 42-year-old continued: "We continue to monitor it but I fully expect Michael to be in and around Manchester United's first team, especially over pre-season, so that they can have a good look at him."

Bowyer, whose side finished eighth in the Championship last season, recently returned from India following talks with owners Venkys and he is now looking to strengthen his squad for next season.

"We've got to make sure that we keep adding to the squad, but at the same time we realise we've got to reduce the wage bill to comply with Financial Fair Play."

Blackburn released 16 youngsters earlier this month, while Bowyer confirmed that talks are ongoing with out-of-contract pair David Dunn and Markus Olsson regarding their futures with the club.

"The club made that decision over the weekend and we'll see if there's any interest," said Bowyer. "We're looking at bringing players in, but it's not a 'one in, one out' sort of thing."