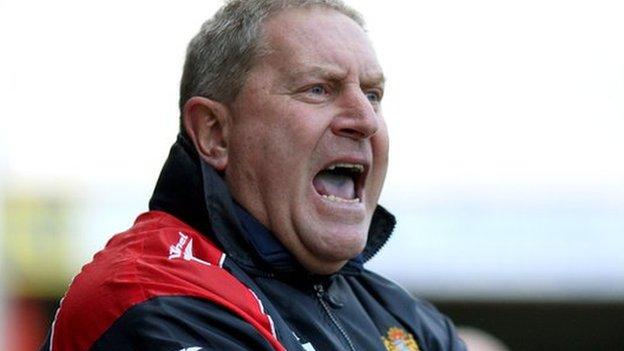 Hereford United have dismissed reports that they have appointed a new manager, says BBC Hereford and Worcester.

But chairman David Keyte said that no appointment has yet been made by the Conference Premier club.

Former manager Martin Foyle's petition for a winding-up order against Hereford is due to be heard at The Royal Courts of Justice on Monday, 2 June.

The Conference's Annual General Meeting is due to be held four days later, on Friday, 6 June and the Bulls have to clear all their football debts by then, or they may face sanctions that could yet include relegation, possibly reprieving Chester from the drop.

General manager Dennis Strudwick has confirmed that the Conference has issued United a directive with which they have to comply, but was hopeful the Edgar Street club would "get all their ducks in a row" before the deadline.

The Conference can also request a bond from the club in order to guarantee Hereford would be able to fulfil their fixtures for the 2014-15 season.

Wrexham were required to submit a bond of £250,000 in August 2011 after they ran into financial problems.