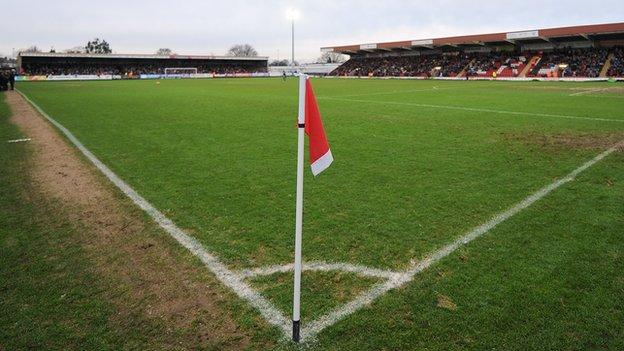 Kidderminster have re-signed goalkeeper Jasbir Singh from Solihull Moors four years after he left the club.

The 24-year-old comes has agreed a one-year deal and will provide competition for first-choice keeper Danny Lewis.

Harriers manager Gary Whild was number two to Steve Burr when Singh departed Aggborough in May 2010.

"Jas has always impressed me whenever I've seen him. From what I've seen he fully deserves to be back here and has earned this opportunity," said Whild.

"In many respects, his career mirrors Danny's, when you consider they both left here at a very young age before going and playing an awful lot of games elsewhere."

Singh, who was reserve to England keeper Joe Hart when he was on Shrewsbury Town's books as a teenager, has made close to 200 appearances for Solihull Moors over the last four seasons.

He replaces Nathan Vaughan, 32, who has opted not to take up the offer of a new deal after making 14 of his 17 appearances for the club this season, as Harriers finished seventh in the Conference Premier.