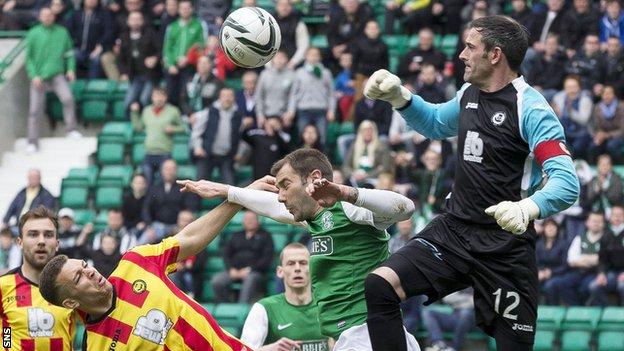 Gallacher, 34, has signed a one-year deal and will also continue his coaching role while acting as understudy to first choice Scott Fox.

Scully, 21, has extended his deal with the Jags until 2016, having spent last season on loan at Dunfermline.

Thistle are preparing for their second straight season in the Scottish Premiership after promotion last year.

Fox is currently recovering from an ankle injury but should be fit for the start of the new campaign.