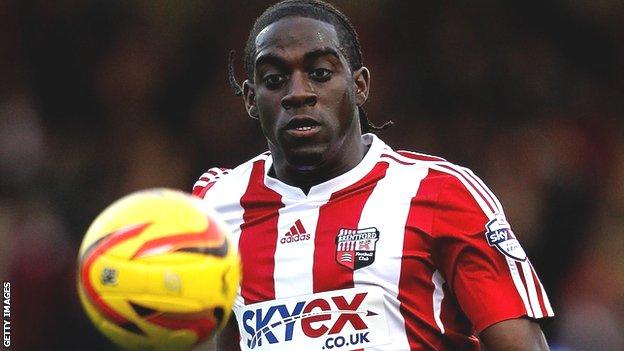 Brentford manager Mark Warburton has confirmed he will offer a new deal to striker Clayton Donaldson.

"When we first spoke to him about a new contract earlier in the season he said he wanted to play in the Championship and ideally that would be with Brentford," Warburton said.

"I have spoken to him and conversations have been positive."

Warburton added: "I hope we can wrap up Clayton's future quickly."

Meanwhile, the Bees have announced four players are leaving Griffin Park after their contracts expired.

Logan, 26, has already agreed a deal with Aberdeen, having spent the second half of last season on loan with the Scottish side.