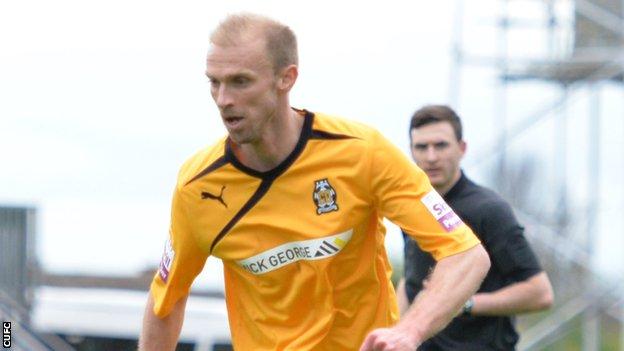 Cambridge United will open contract talks with midfielder Luke Chadwick on his return from a holiday next week.

The 33-year-old former Manchester United star joined on loan from MK Dons in March as the U's won promotion.

Chadwick would need to be released from the final year of his MK contract.

Ashley Chambers and Rory McAuley have been made available for transfer, while Kevin Roberts, Andy Pugh, Matthew Barnes-Homer, Sam Smith, Blaine Hudson and Scott Garner have been released.