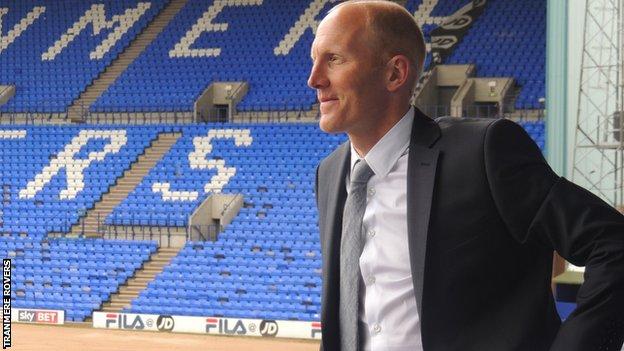 New Tranmere boss Rob Edwards says the time was right for him to leave Exeter City and take on a new challenge.

The former Grecians assistant, 41, has taken on the manager's job at League Two-bound Rovers after eight years at St James Park as a player and coach.

"I think my time had come to an end at Exeter," Edwards said after taking over at Prenton Park on Tuesday.

"For the last year or so I was starting to think 'look, I need to be challenging myself now'."

Edwards, who left his role as Exeter assistant manager earlier in May, first joined City as a player in 2006.

He played 179 games for the club, helping them to promotion from the Conference to League One and became player-coach in 2008.

"I had an amazing relationship as a player and assistant manager with the fans at Exeter," he told BBC Radio Merseyside.

"This job's absolutely perfect, it'll challenge me and ask me questions and I've got to find the answers."