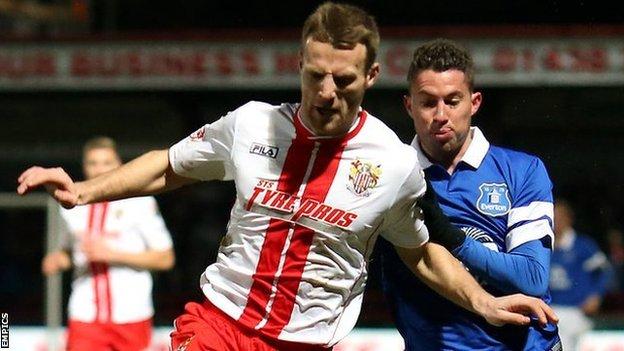 Mansfield have re-signed defender Luke Jones for a third spell at the club.

Manager Paul Cox added: "I was surprised to be able to capture him [because of interest from other clubs]. It's a quality signing to the spine of our side."

Centre-half Jones was a key member of the side that won the Conference Premier title in 2012-13, scoring eight goals from 32 appearances that season.

He added: "I've got such fond memories of the place - especially the year that we won the championship, so I'm delighted to be back and raring to go."