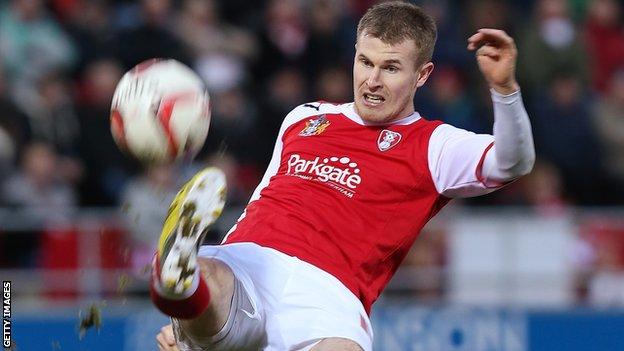 The 26-year-old played 35 games this season, while keeper Scott Shearer, 33, and centre-back Claude Davis, 35, leave after playing 33 times between them.

Out-of-contract trio Wes Thomas, Kari Arnason and Mark Bradley have all been offered deals to stay at the club.

Midfielder Noble was the only player to make a Millers appearance this season and, along with Odejayi and Ainsworth, he ended the campaign out on loan.