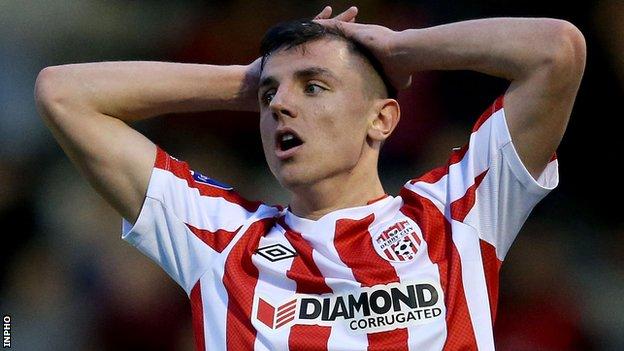 Derry City's expected clear-out following the departure of Roddy Collins has begun with the release of Mark Stewart and Enda Curran.

Scottish native Stewart, 25, joined the Candystripes after being released by Kilmarnock in January and went on to make 12 Derry appearances.

Curran was also signed by his former Athlone manager Collins and scored twice in his 13 Derry outings.

The duo were among a host of new players brought by Collins.

However, the new Derry squad failed to impress and Collins departed from the Brandywell on 11 May after his side had won only two of their opening 12 League games.

A Derry City statement said that Stewart and Curran had "left on good terms with the club and we would like to wish them all the best in furthering their careers".