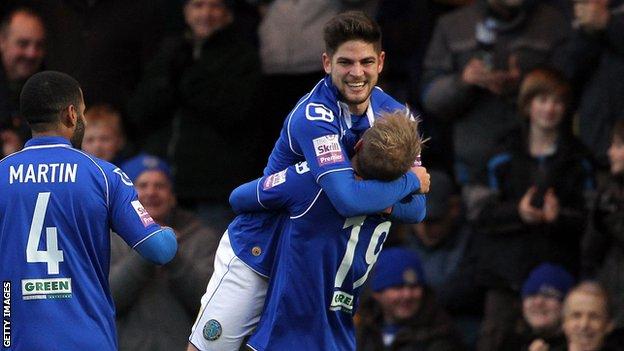 Fleetwood have signed left-back Danny Andrew from Macclesfield for an undisclosed fee, their first signing since being promoted to League One.

The 23-year-old was an ever-present for the Silkmen last term as they finished 15th in the Conference Premier.

Andrew began his career at Peterborough and also had a spell with Cheltenham.

"I am over the moon to make the move back into the Football League and especially into League One," Andrew told the club website.

Fleetwood were promoted on Monday with a 1-0 win over Burton in the play-off final at Wembley, meaning the Cod Army will play in the third tier for the first time in their history next season.

"I have seen a couple of games and I watched the play-offs," continued Andrew, who spent one full season with Macclesfield. "I like the way they play and the ambitions of the club are different class.

"It seems like it has got really good people in and around the club and it was a no-brainer for me. As soon as they showed the interest, I think I was always going to end up coming here."