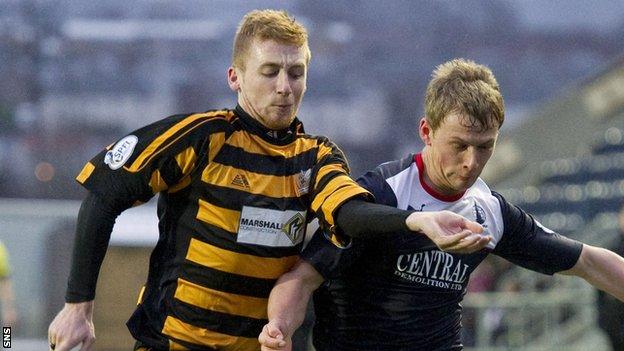 The 20-year-old spent the second half of the season on loan to Championship outfit Alloa Athletic.

But manager Tommy Wright thinks the midfielder, who has made only two starts for Saints, can become a regular starter next season.

Scotland Under-19 international Caddis made his first-team debut at the age of 16 but has since spent loan spells with Arbroath, Cowdenbeath then Alloa.

After starting the Europa League qualifying victory over Minsk in August, his next nine appearances came as a substitute for the Scottish Premiership side before his December switch to Recreation Park.

Caddis made 17 appearances for the Wasps as they escaped relegation from the second tier.