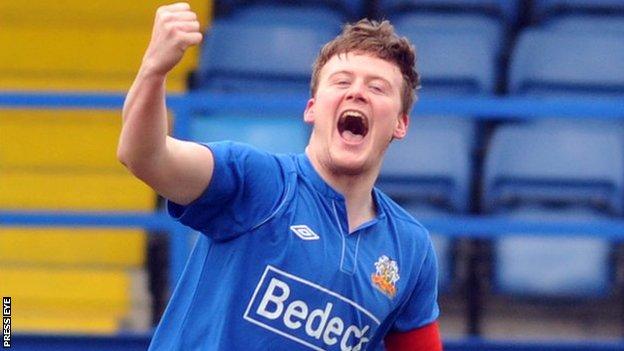 Recently relegated Ards have signed a number of new players to bolster their bid to return to the Premiership at the first attempt next season.

Meanwhile brothers Eamon and David McAllister have moved to the north Down club from Crusaders.

The 24-year-old was captain of the Mourneview Park side and can play anywhere across the back four and also in midfield.

Hislop was part of the Knockbreda side which won the Championship Two title in 2012-13.

David McAllister, 19, is a left-sided midfielder who formerly played for Donegal Celtic and Glenavon while Eamon, a right-winger, had two spells with the Shore Road club and was a regular in the Crusaders side last season.

Beggs, 21, progressed from the youth team at Glentoran, before going on loan to Lisburn Distillery and then joining Dundela at the start of last season.

During that time, he won the Steel and Sons Cup and scored 24 goals.

"I know things have been very quiet but I have been working very hard in the background over the past few weeks. I'm overjoyed with the players that have signed - I have got everything I wanted," said Ards boss Niall Currie.

"We might not have the funds available that a couple of other clubs have, but I believe that we have signed a squad as good as any in the Championship," he added.