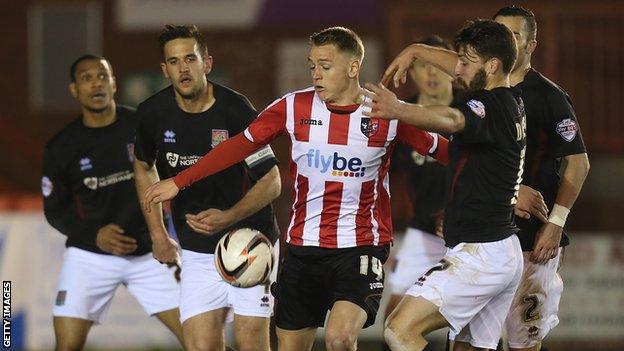 Tranmere Rovers have agreed a deal to sign striker Eliot Richards after he was released by Bristol Rovers.

The 22-year-old, who has signed a two-year deal, becomes Rob Edwards' first signing following his appointment as Tranmere manager on Tuesday.

Richards spent the end of the 2013-14 campaign on loan at Exeter, where Edwards was assistant manager.

"Eliot is a very dangerous player who always looks like he can score goals with either foot," Edwards said.

"He's played and scored in Leagues One and Two and is a quick and bright forward-thinking player," he told the Tranmere website.

"He's someone who we feel we can develop and will become capable of playing at a much higher level."

Richards came through the youth ranks at Bristol Rovers and scored 15 goals in 94 league appearances for the club.