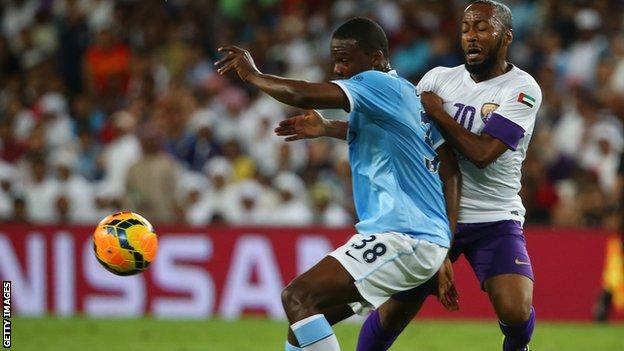 Boyata, 23, made four appearances in the Capital One Cup en route to the final, but did not play in the 3-1 victory against Sunderland at Wembley.

The move to extend Boyata's contract comes after City were fined and their transfer spend limited by Uefa for breaching Financial Fair Play rules.

City were fined £49m, £32m of which is suspended, and can only spend £49m on players this summer, as well as any transfer fees they receive.

Boyata made his senior debut for City against Middlesbrough in the FA Cup in January 2010, but he has struggled to claim a regular first-team place.