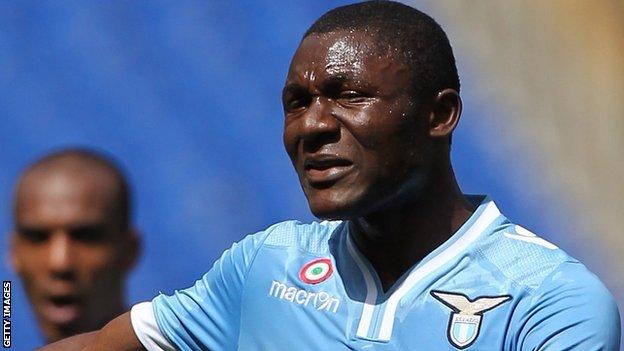 Lazio midfielder Joseph Minala did not lie about his age, an official Italian Football Association (FIGC) investigation has ruled.

An African football website stated in February that Cameroon-born Minala was 42 but claiming to be 17.

The accusation led to an official investigation which saw him questioned by the league's federal prosecutor.

"The investigation did not show any need for disciplinary action," an FIGC statement read.

Minala joined the Rome club last summer and played for them in the Viareggio Cup youth tournament. in February.