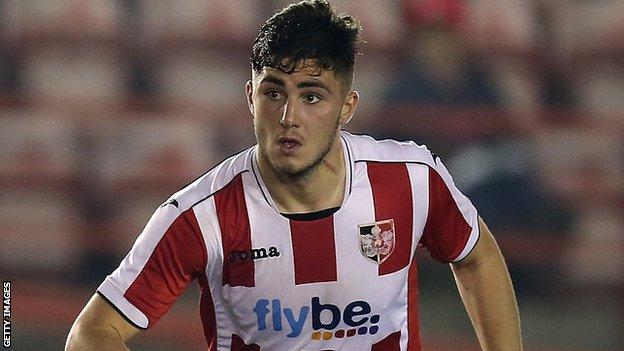 The 20-year-old became a first-team regular in 2013-14, making 31 appearances and scoring his first goal in April's 1-1 draw with Cheltenham.

Exeter have not disclosed how long Moore-Taylor, who has committed himself to the club for.

He is the second player to agree a new deal this summer at Exeter following goalkeeper Christy Pym.

But there will be no return to the club for striker Eliot Richards, who spent the season on loan at Exeter, after he agreed a two-year contract with Tranmere Rovers.