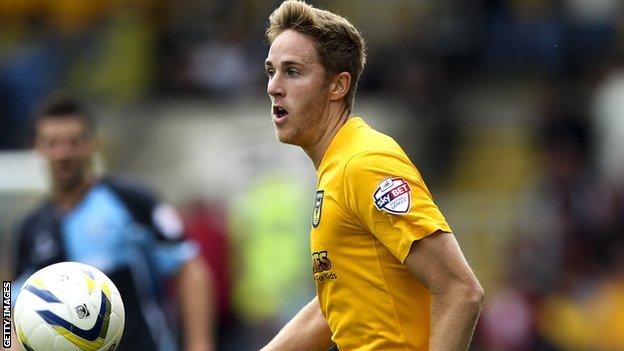 Cheltenham have signed Asa Hall on a two-year deal while fellow midfielder Joe Hanks has agreed a new one-year contract at the League Two club.

Hall was released by Shrewsbury following their relegation from League One at the end of the season.

The 27-year-old joined the Shrews from Oxford in May 2012 but spent a year out on loan, first at Aldershot then back with the U's.

Speaking about Hall's arrival, manager Mark Yates told BBC Gloucestershire: "I really like Asa. It's taken me a few years to get him but I'm delighted we'll be working together.

"He's the type we're after. He's no bother and he's got high energy and a fair bit of quality. I think he'll get a few goals for us as well."

Hall started out in the Birmingham City academy set-up before joining Luton and then Oxford in August 2010.

He has made 270 career appearances, scoring 37 goals.