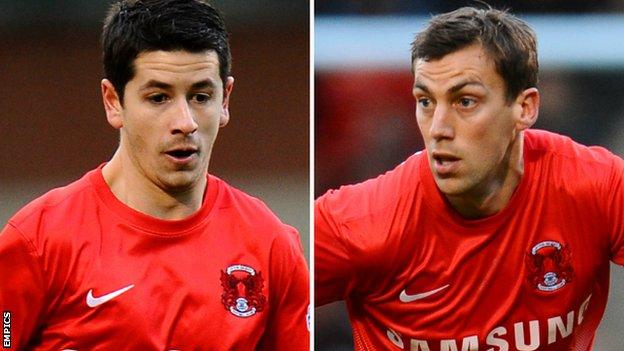 James, 26, scored five goals in 53 appearances this season for the east London club, who were beaten in the play-off final by Rotherham on Sunday.

James has signed a two-year deal at Brisbane Road while Sawyer has penned a one-year deal which has the potential to be extended.

Both players joined Orient in the summer of 2012, with former Southampton trainee James arriving from Colchester and ex-Plymouth man Sawyer from Bristol Rovers.

"After a difficult week delighted to be signing a new contract and looking forward to next season," James posted on Twitter.