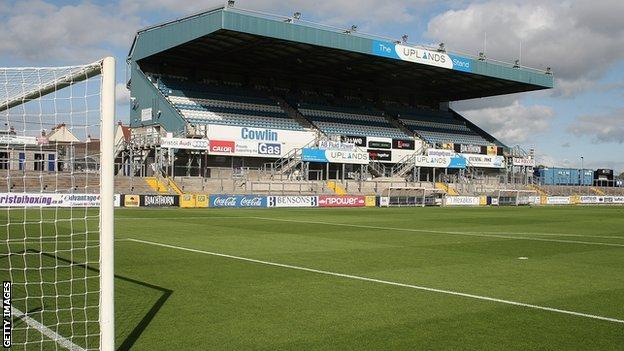 Bristol Rovers say the Football Association and Football League will investigate allegations the club have made against Wycombe Wanderers.

Rovers claim a deal by Wycombe to use sell-on clause money to pay a debt to former owner Steve Hayes constitutes a breach of third-party ownership rules.

Wanderers dispute the claims, saying the arrangement was made clear to the football authorities two years ago.

The Chairboys say they believe they have no case to answer.

Both the FA and the Football League have indicated they take the allegations seriously and shall be investigating them without further delay.

The two sides finished level on points in League Two this season, with Rovers relegated to the Conference Premier on goal difference.

However, they claim the alleged infringement "led to Wycombe wrongfully obtaining a competitive advantage over Bristol Rovers".

A statement on Tuesday added: "Without this, Wycombe rather than Bristol Rovers could have been relegated."

Last week, in a separate case, Wycombe were found guilty of agreeing to pay an agent through a future sell-on clause of Matt Phillips.

Rovers say their case is based on evidence given in that hearing involving agent Phil Smith, who was banned for two years - 18 months of which was suspended.

Winger Phillips joined Blackpool for £325,000 from Wycombe in 2010 and moved to QPR last year, which is when the offence came to light.