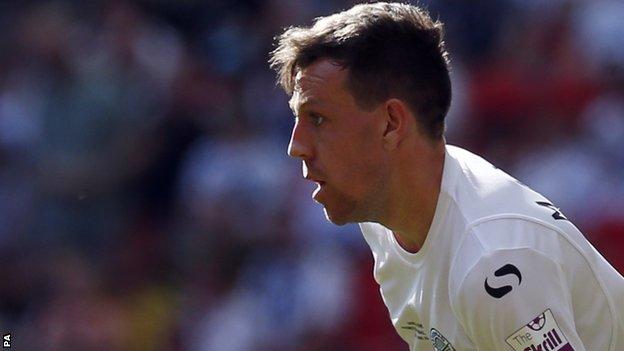 Defender Carl Magnay is one of 11 players to leave Gateshead this summer after not being offered a new contract by the Conference Premier club.

In addition Ryan Noble, Josh Walker, Luke O'Brien and Jordan Holt will leave on the expiry of their current deals.

Gateshead-born Magnay, 25, joined the Tynesiders in January 2012 following his release by Premier League side Chelsea and went on to make 67 league appearances.

He was a regular under both Anth Smith and then Gary Mills last term, scoring two goals in 34 games.

"Would loved to have stayed," Magnay posted on Twitter.

He added: "I didn't negotiate or try getting a few extra quid. Just not in the plans. Look forward to a challenge.

"It's been a pleasure Gateshead. All the best to the club and the fans."

However, Gateshead have offered new deals to the remaining members of the squad - all of whom are out of contract this summer.