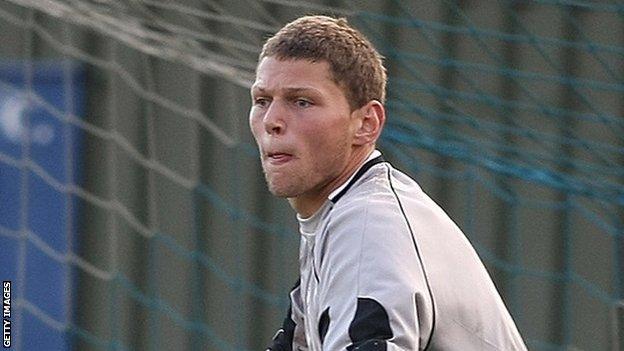 The 6ft 9ins Northern Irishman, who has agreed a two-year deal, joined Rovers from Wycombe two seasons ago, but made only four appearances for the club.

He told BBC Radio York: "I don't have much league experience so I aim to get as much as I can at York."

Former Northern Ireland international keeper Michael Ingham is also on the club's books, but Mooney said he planned to challenge for a place in manager Nigel Worthington's line-up as the Minstermen plan for another campaign in League Two after missing out on promotion following defeat by Fleetwood in this season's play-offs.

His contract with York will begin on 1 July and he added: "I've never been one to shirk a challenge and I'll work as hard as I can to make a positive impression.