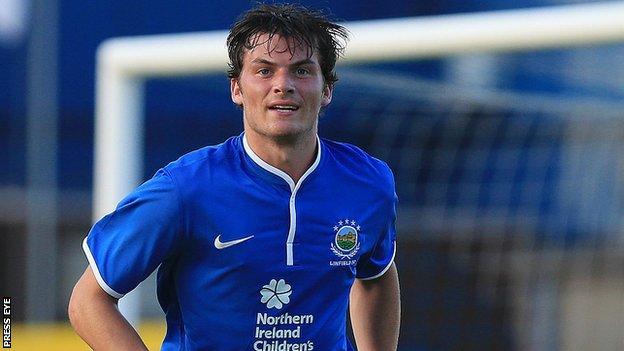 Limavady man Lowry was out of contract and is the latest in a string of high profile players to leave Windsor Park since the end of the season.

Lowry joined Linfield from Institute in 2009 and was rated as one of the most talented attacking midfielders in the Irish League.

The Under-21 Northern Ireland international scored 53 goals in 204 appearances for the Blues.

He will not be eligible to play for Derry City until July because of the transfer window.

"I am delighted it is all done and dusted now, it took a bit of time," said 24-year-old Lowry.

"Warren wanted me to stay. I spoke to him a couple of times and the terms offered were very good.

"But this was a move I could not turn down - the lure of full-time football and Derry being so close to home for me.

"I will have fantastic memories of my time at Linfield. I arrived there as an unproven 19-year-old and it could not have gone any better.

"Even when we were not winning trophies, it was still a privilege to play for Linfield."