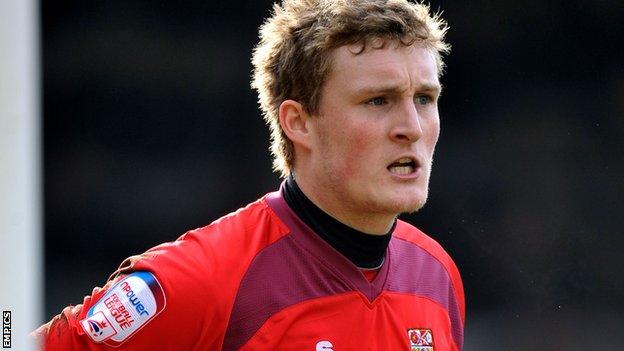 Dagenham & Redbridge have agreed a deal to sign Liam O'Brien after the goalkeeper was released by Brentford.

O'Brien, 22, who did not make a senior appearance after joining the Bees last August, has signed a two-year contract.

O'Brien began his career at Portsmouth but joined Barnet in January 2011 and went on to feature 23 times for the north London side.

O'Brien, a former England Under-19 international, posted on Twitter: "It's now a new chapter of my life and I can't wait for the start of the new season for the great opportunity I have playing for the Daggers."