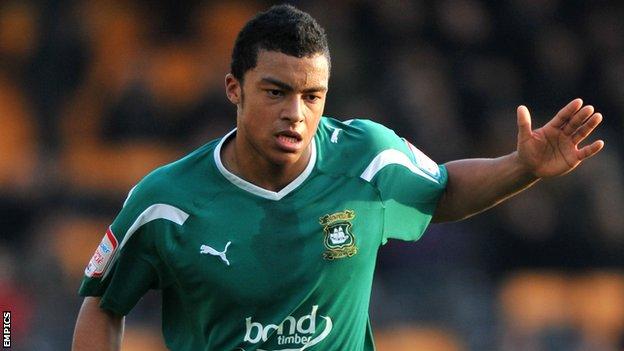 The 19-year-old missed all of last season after suffering a knee ligament injury during a pre-season friendly.

"It's all looking really positive for next season," said the former England youth international.

"It's nice to know that the manager has got confidence in you to give you another one-year deal, so I'm hoping I can repay him and score some goals," added Lecointe.

A product of Argyle's youth system, he made his debut as a 16-year-old in the club's 1-0 League Cup loss to Millwall.

He went on to make 30 appearances for Plymouth, scoring two goals, before being hurt against Truro City last summer.

"Everything feels fine. There have been no setbacks. I just hope that continues.

"My aim is just to try to play as much football for Plymouth Argyle; to score as many goals as I can. But my first target is just to get through pre-season, stay fit. After that, I'll reassess things."

The pair, who first joined the Pilgrims as part of their Centre of Excellence, have signed their first professional deals.

They were the only youth-team players

They join and in signing new deals to stay at Home Park for the upcoming season, alongside new signings and