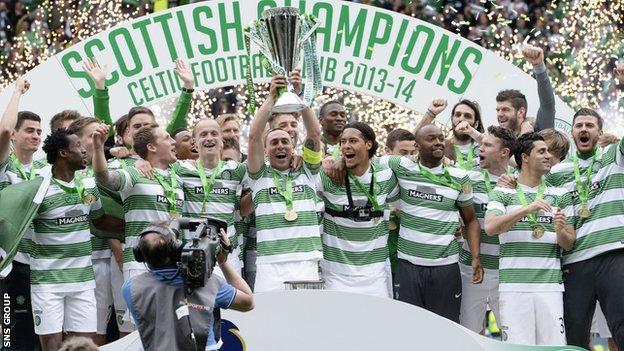 Chief executive Peter Lawwell insists there is no preferred candidate for the Celtic manager's post.

Roy Keane is the strong favourite with bookmakers to succeed Neil Lennon after meeting with Celtic's majority shareholder, Dermot Desmond.

But Lawwell told BBC Scotland: "No-one has been offered the job.

"We are going through a process with maybe five to 10 candidates at the moment. There is no point in getting it done quickly and getting it wrong."

Former Manchester United skipper Keane, who played 13 times for Celtic before retiring in June 2006, has been assistant to Republic of Ireland boss Martin O'Neill since last November.

"We have asked for permission to talk to Roy," explained Lawwell. "There was a brief, informal initial chat between Dermot and Roy.

"So now we're going to sit down, have a think, and see where we go next."

Keane, 42, was on the training pitch with the Republic of Ireland on Friday morning and is expected to travel with the squad for Saturday's friendly against Italy at Craven Cottage.