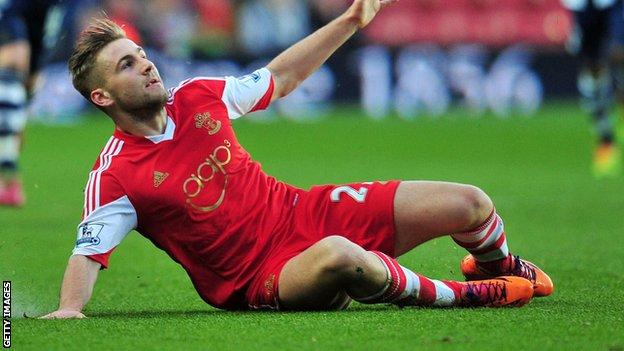 Manchester United are set to resume talks with Southampton on Friday over the transfer of left-back Luke Shaw, reports BBC Radio Solent.

Saints have already turned down a £27m offer for the 18-year-old.

Left-back had been one of the priority areas for David Moyes before he was sacked by United last month.

Current first-choice Patrice Evra recently signed a new contract but United are still searching for a long-term replacement for the Frenchman.

The move comes a day after news emerged that Liverpool are attempting to sign Southampton and England striker Rickie Lambert.

Lambert, 32, and Saints team-mate Adam Lallana, 26, will hope to be involved in England's World Cup warm-up match with Peru at Wembley on Friday, but Shaw will miss the game through illness.

Lallana has also been linked with a move away from St Mary's, with Liverpool interested in Southampton's captain.

Southampton themselves are searching for a new manager following the departure of boss Mauricio Pochettino to Tottenham.

Shaw is preparing for the World Cup with England and is battling alongside Leighton Baines for a starting position in Roy Hodgson's side.