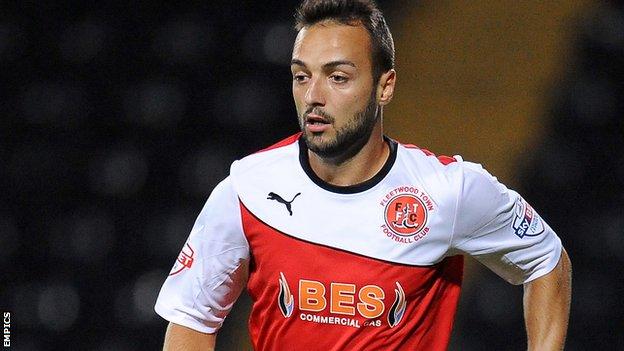 The 25-year-old began his career at Stockport and also had a spell at Liverpool as a youngster, although he never appeared for their first team.

He ended last season at FC Halifax after being released by Fleetwood and helped the Yorkshire club into the Conference Premier play-offs.

Altrincham were promoted via the Conference North play-offs on 10 May.

The Cheshire club, who will remain part-time next season, have already added Colwyn Bay midfielder Sean Williams, 22, to their squad for the coming campaign.