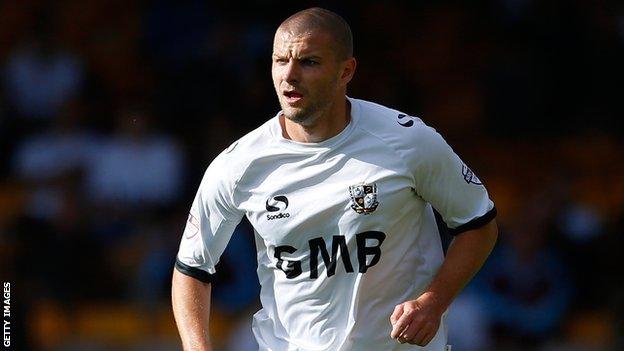 Defender Carl Dickinson has agreed a new two-year contract with Port Vale, tying him to the League One club until at least 2016.

Dickinson, 27, signed for Vale from Watford last July after loans spells with Portsmouth and Coventry City.

"He's a whole-hearted player who the fans took to last season and I look forward to working with him again."

Dickinson began his career with Stoke City, making his league debut against Coventry in December 2004.

He had loan spells with Blackpool, Leeds, Barnsley and Portsmouth before joining Watford in July 2011.

Dickinson is the first of nine players to have been offered new deals to pledge his future to the Valiants.