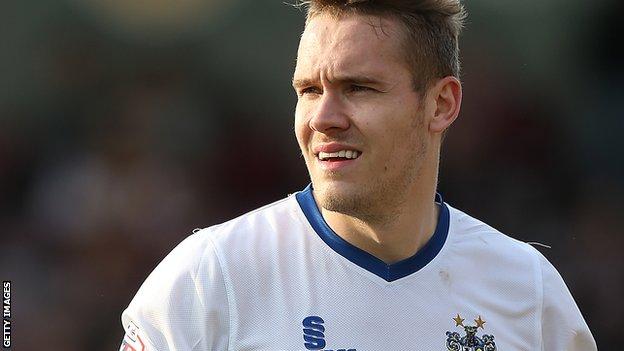 Bury have signed former loanee Chris Hussey on a permanent basis after he parted company with Burton.

The 25-year-old full-back signed a one-year contract extension with the Brewers earlier this week but that agreement was mutually terminated.

Hussey returns to the Shakers on a two-year deal, having enjoyed a successful 11-game loan spell at Bury in 2013-14.

He will officially become a Bury player on 1 July and will join fellow new arrivals Danny Mayor, Nicky Adams and Ryan Lowe at the League Two club next term.