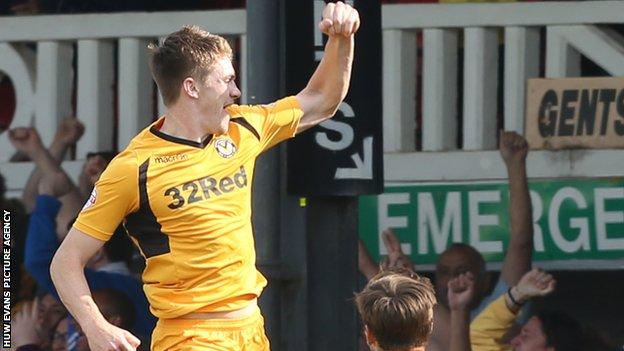 The 21-year-old, who impressed during a loan spell from the Addicks this season, has signed a two-year deal.

Feely, a Republic of Ireland Under-21 international, had initially turned down a contract offer from the Exiles.

Feely, who leaves Charlton without making a first team appearance after joining the club in August 2013, scored on the final day of the season to secure a 2-1 win over Rochdale.

His 10-game spell at Rodney Parade, which started in March, came after playing twice on loan for Carlisle at the start of the season. A loan move then followed to AFC Wimbledon but he failed to make an appearance.

"I spoke to Kevin on several occasions and told him he was part of my plans for the future of the club," said Edinburgh.

"He expressed his appreciation and certainly enjoyed his time here on loan.

"It has been a busy time for the lad and it was good for him to see family and friends in Ireland before making a decision."