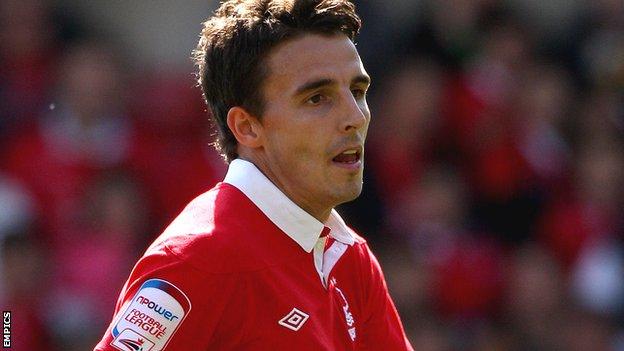 The 28-year-old, who was a free agent after his release by Forest, has agreed a two year-deal with the Millers, who were promoted to the Championship.

Rotherham manager Steve Evans said: "Matt is a goalscorer, he has pace, he can get in behind defences and he is comfortable taking the ball into feet."

The deal is subject to a medical and to Football League ratification.

Derbyshire is the first player to sign for the Millers since the penalty shootout success over Leyton Orient in the League One play-off final at Wembley.