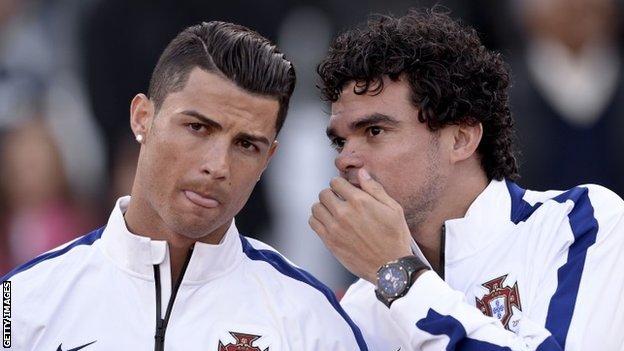 Captain Cristiano Ronaldo watched from the sidelines as Portugal were held to a 0-0 draw by Greece in a World Cup warm-up match in Lisbon.

The Real Madrid forward, 29, was left out of the team on Saturday as he recovers from a thigh injury.

Eder and Ricardo Costa had the hosts' best chances but both were foiled by Greece keeper Orestis Karnezis.

"In the first half we clearly deserved to be ahead and, apart from the last few minutes when we were worn out, we always had control of the game," said Portugal coach Paulo Bento.

"We have to be prepared and we have to be able to play without players who are our first choices."