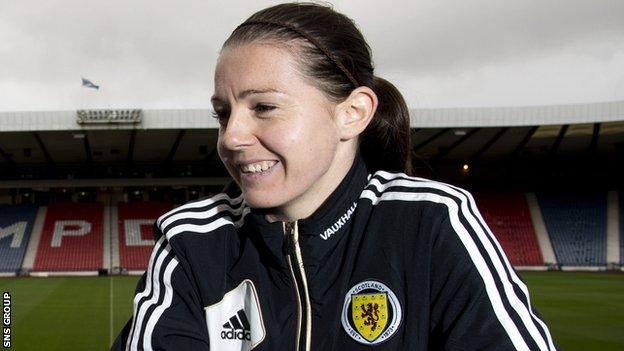 Melissa Krnjaic scored a hat-trick as Rangers kept up the pressure on leaders Glasgow City.

The defending champions were 1-0 winners at Celtic, Denise O'Sullivan scoring after seven minutes.

Hibernian stay in third place after a 6-0 home victory against Queen's Park, while Spartans beat Aberdeen 2-1.

And there was a third triumph of the season for Hamilton Accies, who were 2-0 winners at Buchan.