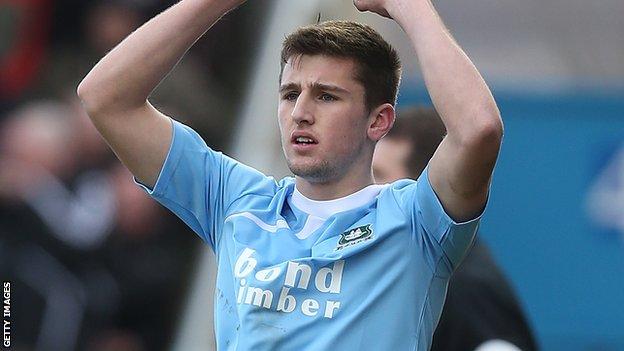 Purrington, 18, has extended his deal at Home Park, which ran out next summer, until 2016.

"Hopefully I can establish myself in the team and play a lot more games and get some experience," he said.

Thomas, 19, has signed a one-year contract after the ex-Sunderland youngster posted news of his extension on his Twitter account.

A product of the club's youth system, Purrington has played 14 times for the club since making his debut in the 3-2 win at Oxford on Boxing Day last year.

"I've been here since I was eight or nine years old so it's nice to get the new deal for two years confirmed," he told BBC Sport.

"I've never been at another club, so it's just been good to get in and around the first team.

"Signed off all the paper this morning... Nathan's coming home to Plymouth," Thomas posted via Twitter.

The pair follow and in signing new contracts at Home Park.

The club have also brought in midfielder and as well as agreeing professional terms with youth-team players River Allen and Aaron Bentley.