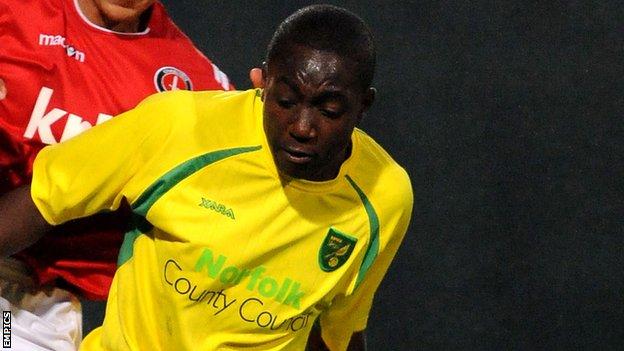 The 20-year-old Kingston-born Canaries youth product will be available for the Reggae Boyz's friendly versus Egypt in London on Wednesday.

He made his Norwich debut as a substitute against Arsenal in the final game of the Premier League campaign.

A loan spell at Southend United this season ended in April with one goal from seven games.

He also spent time at Leyton Orient, whose ground will be hosting the Jamaica friendly on Wednesday night, where he made just three appearances.

Loza moved to England when he was six years old and was part of the Norwich side that won the 2013 FA Youth Cup.