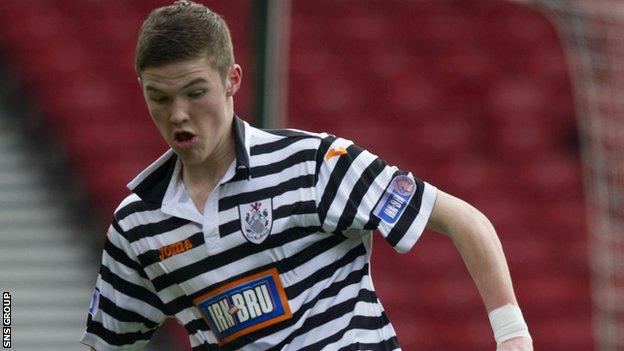 Spittal will now meet United manager Jackie McNamara and his Dundee counterpart, Paul Hartley, before making a decision on his future.

The 18-year-old scored 12 goals in 41 appearances for the League Two side last season.

Spittal has come through the youth ranks at Hampden Park and made his debut in November 2012.

At the end of the 2012-13 season, three Queen's Park youngsters joined top-flight clubs.

Robertson, 20, enjoyed a fabulous season at Tannadice, winning the SPFA young player of the year award and winning two caps for Scotland.