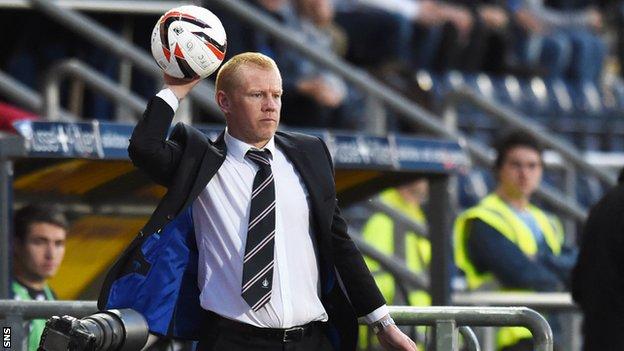 The club - relegated from the Premier League this past season - have also brought in Joe Royle as a football consultant.

Holt left his role as Falkirk boss to take up the position, while Robson continues in a role he took up at the end of the the last campaign.

Adams told the Norwich website: "Mark and Gary are two people I've worked with closely and both will bring enthusiasm, hunger and experience to the coaching team.

"They have also played at the highest levels in this country.

"Joe is someone who I have played for at both Championship and Premier League level, and he has amassed a vast amount of knowledge during his time in the game.

"He has been there, seen it and done it, so to speak, and has also been very successful during his time as both a player and a manager."

Holt is back at Norwich having left his role in the Carrow Road youth set-up to become head coach of Falkirk in April 2013.

The Scot, who played for Norwich between 2001 and 2005, led Falkirk to a third-place finish in the Scottish Championship this season.

Falkirk had initially released a statement saying Holt was set to join Norwich and they were actively seeking a replacement.

However, the club amended that stance, saying that a formal agreement was still to be reached, before the appointment was confirmed.

Gary Locke, who has left relegated Hearts, was immediately installed as bookmakers' favourite for the role at Falkirk Stadium ahead of exiting St Mirren manager Danny Lennon, Stephen Aitken, who led League One side Stranraer to the promotion play-offs, and former Dundee United boss Peter Houston, presently scouting for Celtic.

Falkirk said on their website: "The club aims to have a new head coach in position by the time the team come back for pre-season training on Thursday 26 June.

"To meet this very tight timescale, the club will draw up a shortlist of potential candidates by the end of this week."

Former Kilmarnock and Scotland midfielder Holt played 182 times for Norwich and was a member of the side that won promotion to the Premier League in 2004.