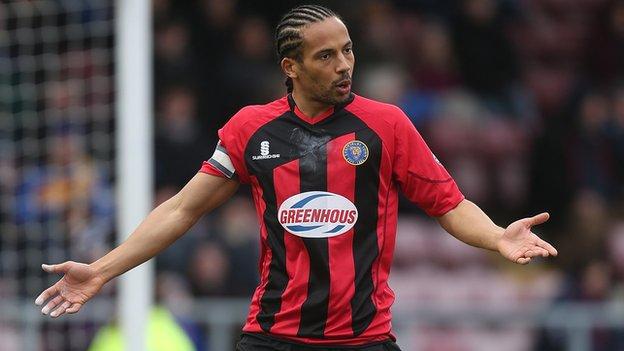 Shrewsbury Town captain Tamika Mkandawire has had his contract with the relegated League One club cancelled by mutual agreement.

The 31-year-old defender played 42 games this season following his move from Championship side Millwall.

Town have also have parted company with another centre-half, Dave Winfield.

The 26-year-old, who signed on a free transfer after leaving Wycombe Wanderers last summer, made 18 appearances for the club.

Both players signed contracts of undisclosed lengths last summer and were on the retained list issued by the club following new Shrewsbury manager Micky Mellon's arrival on 12 May.

Since then, as he prepares for League Two football, Mellon has signed two defenders, Nat Knight-Percival, following his release by Peterborough, and Mark Ellis, who had been let go by Crewe, as well as winger Ashley Vincent.

Their arrival has taken his squad of contracted players for next season up to 11, including two untried teenage goalkeepers.