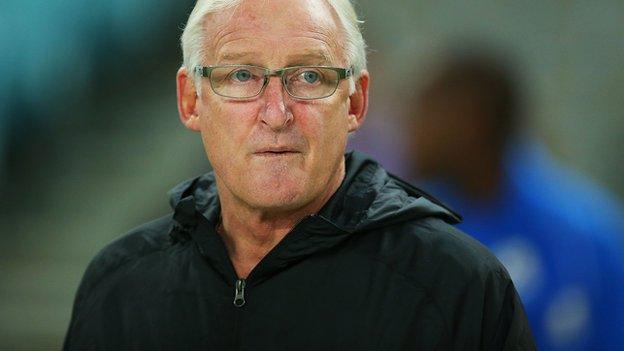 South Africa's football association says it will not renew the contract of national team coach Gordon Igesund when it expires at the end of August.

Igesund was appointed two years ago but has had a succession of disappointments as coach of Bafana Bafana.

He failed in his bid to qualify the team for the World Cup finals in Brazil.

South African Football Association president Danny Jordaan met with Igesund on Monday to break the news that his contract would not be renewed, before later addressing the media.

"The contract of Gordon Igesund will not be renewed when it expires on August 31," national football association president Danny Jordaan told a Soweto news conference.

"The search for the new coach will commence now and we are looking for a candidate who will take Bafana Bafana back to the glory days.

"He should be someone who takes us to the next level," added Jordaan.

After hosting and winning the 1996 Cup of Nations, South Africa have slipped and were ranked only 14 in Africa last month.

Igesund, who is 57 years old, is the 17th coach the country has employed since their readmission to international football in 1992.